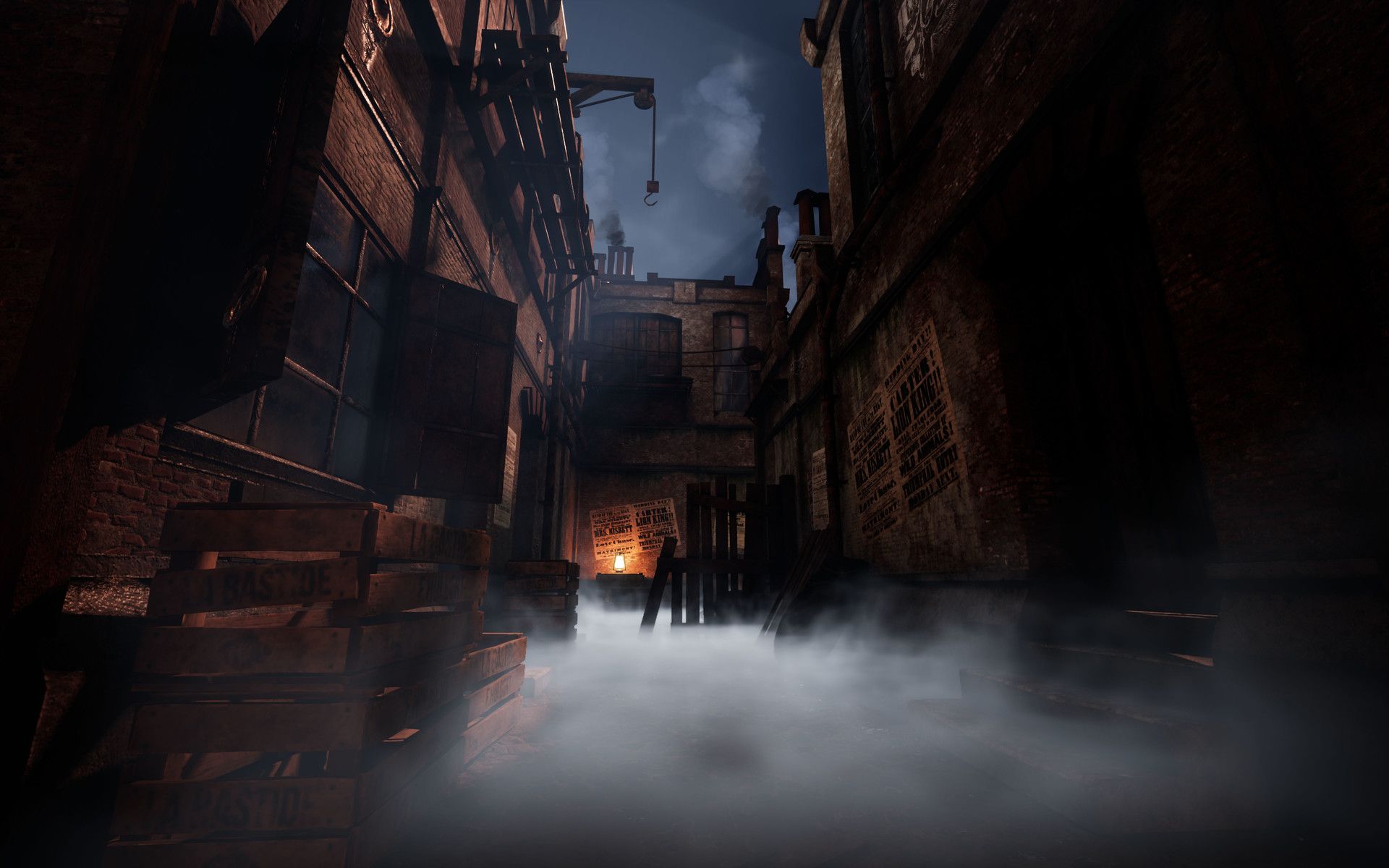 “The blue monster with black wings and red eyes!”

Not wasting any time, Marty raced into the crowd, hoping to catch up to it. In the back of his mind he was thinking, do I really want to catch it? It has psychic powers that can fry my brain. As he maneuvered through skulls, zombies, and ghosts, he finally saw it turning a corner. Not far behind now, he rounded the corner and found himself in a long narrow alley. Despite it being early afternoon, the alley was shrouded in fog…

Marty slowed to a walk, careful to see what he could but also vigilant for any attack.

“Cuz!? Where are you!?” pierced the fog behind Marty and he yelled back and waited for Fonz.

The two cautiously proceeded until they saw a hazy yellow light. Looking at each other, they got close enough to see the sign below the light which read Hole in the Wall Saloon. Should they go in or go on down the alley? They agreed the chase was over and perhaps it had gone this way. The low light in the saloon wasn’t much better to see in than the fog as they moseyed up to the bar and ordered 2 shots of tequila neat. Fonz texted his folks and said they were on their way to the float. They’d have to hurry now to get there on time. They clinked glasses, with Marty toasting, “to the living, breathing cave drawing!”