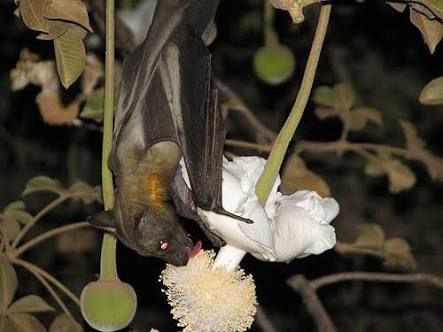 As well-organized as the group was, they had overlooked the aftermath of the quake as far as road travel. They knew it would be bumpy but they were not prepared for the multiple detours and maximum speeds of ten m.p.h. through extended stretches. They were also not prepared to see piles of rubble of crumbled buildings and people living in lean-tos. The people and animals looked like they were getting enough to eat, but many were carrying pails of water. Jean again wondered how it was that there were so many resources for their excavation when so many of the population were simply surviving day to day. Jean’s mother had always told her to follow the money to see who could benefit. It made her curious who was funding this besides the university (and the military, through their contribution of equipment and personnel) and determined to find out at some point.

The convoy pulled into The Thebes Hotel parking lot at 11 p.m. on the dot. Miss Martha checked them all in while they bee-lined it for the lounge to get some food and drink and to wait for their room keys. The lounge was roomy and furnished with heavy, polished wood that must have been transported from a great distance. The windows had colorful brocade curtains, good for keeping the scorching noon sun out. The ceilings were tall and had multiple fans going to draw the cool night air in through the now open windows. A man with a guitar was sitting on a stool on a small stage in the corner and playing Muzak. The impeccably dressed wait staff were efficient and courteous.

“We have the entire north wing of the third floor,” said Miss Martha as she handed the key cards out. “I’ll keep an extra of everyone’s keys just in case.”

Jean and Bonibel shared one room, Lok and Morrie another. Professor Sadek and Miss Martha would have adjoining suites. Corporal Hicks would be sleeping in a room for just tonight, until they set up camp tomorrow. He would be sleeping at the dig site after that, to “keep an eye on things.”

They all polished off a couple of pitchers of Sakara beer and a few appetizer trays before almost everyone headed to their rooms. Lok wanted to keep on drinking and so moved up to the bar. “Party poopers!” he called after them, then struck up a conversation with a gentleman in a white linen suit.

Bonibel and Jean flipped for who got shower first and Bonibel won. By the time she got out of the shower, Jean was fast asleep on her queen-sized bed. Bonibel turned off all of the lights and was soon snoring in her own bed.

Morrie was almost afraid to go to sleep after last night’s dreams. He decided to take a walk around the grounds of the luxurious hotel, which included manicured gardens, stocked ponds, and lighted, wandering paths. Morrie could feel himself begin to unwind as he walked through the fragrant paradise. Ahead and a few feet off of the walkway he noticed something glowing and saw that they were plate-sized white baobob blossoms. Fluttering around the blossoms were large moths or small bats, he couldn’t be sure which. When he heard the high pitched sonar he knew it was bats. He tried to snap a picture of them with his phone but all that showed up were the flowers.

Suddenly he heard a hoo HOO! above him and he flinched. Looking up he saw an owl, outlined by the moon, just as he’d seen in his dream last night. Just as he was about to run, a voice inside his head said, “I mean you no harm. I kept you safe last night.” The voice was more of an impression than an actual voice, but when he heard it, Morrie felt his whole body relax. He was ready to sleep. He tried to reply to the owl in his mind, but when he looked up, the owl was gone.