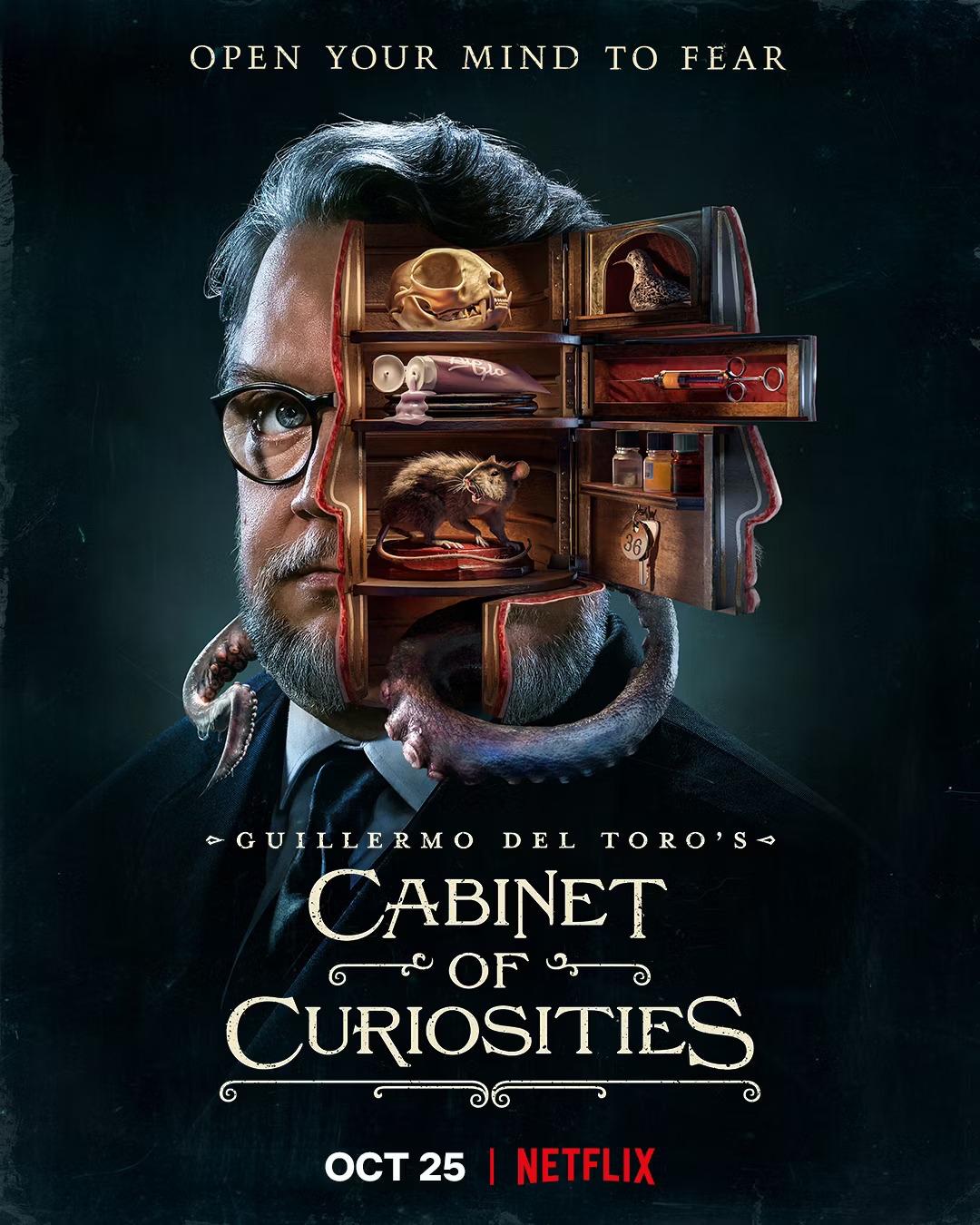 I saw this on the netflix banner a few days ago.  The time is right for it.  My sensitivities wondered if I wanted to subject myself to the man I’ve just newly dubbed The Sultan of Squeamishness.  There is something about del Toro’s work that makes my skin crawl.  You may ask how in the world can that be a good thing?  From Pan’s Labyrinth to Crimson Peak, part of me has wanted to run out of the room while watching, and I admit there have been times I’ve had to avert my eyes and/or cover my ears.  Each of us has a shadow self that likes to come out and play from time to time.  That playmate likes to be scared silly, even if it’s only vicariously.  That said, I decided to move forward and begin watching the 8-episode series.

Like Twilight Zone and Night Gallery tweaked on meth, the Cabinet of Curiosities isn’t anything you step into casually.  I’ve watched 3 episodes so far.  I’m not going to give away any spoilers, but I will say that del Toro is slick in not having E1 be *that* scary, as E2 was measurably scarier, and E3 was downright oh lordy why I am watching this scary.  I really wonder how much scarier they can get than E3 and not sure I want to find out.

Watch at your own risk!  Happy Halloween!