I just finished watching “American Honey” and sought out this review at my favorite movie-reviewing blog. I won’t give away any spoilers about it but will give you one piece of advice while you’re watching it: RELAX! One thing that became glaringly apparent while watching the film is that too many movies purposely keep you on the edge of your seat, where you’re anxious for whatever the next big bomb will be to throw the plot into a tailspin. You are not going to find that big bang in this movie. Enjoy it for the beautiful piece of work that it is.

American Honey is one of those rare American movies that are so beautiful that even Shia LaBeouf couldn’t ruin it.

I’m not exaggerating. It really is that good. In fact, Shia’s in it. And he’s really good 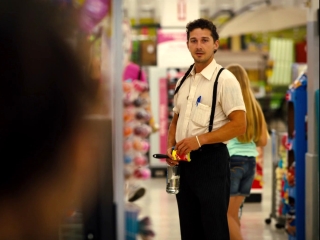 American Honey works neither in spite of or because of his performance. Instead, he is just one of many important parts of an impressive cast of mostly non-actors with not a single weak link in the bunch. Jake (LaBeouf) leads a team of about a dozen runaway youths who earn their living by travelling across the United States selling magazine door-to-door. Their newest recruit Star (Sasha Lane) isn’t so sure that she is comfortable with the lies that her new colleagues use to sell their product but, having seemingly nowhere else to go and having quickly fallen for Jake, she starts to feel at home with them anyway. 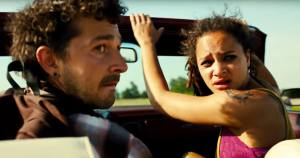