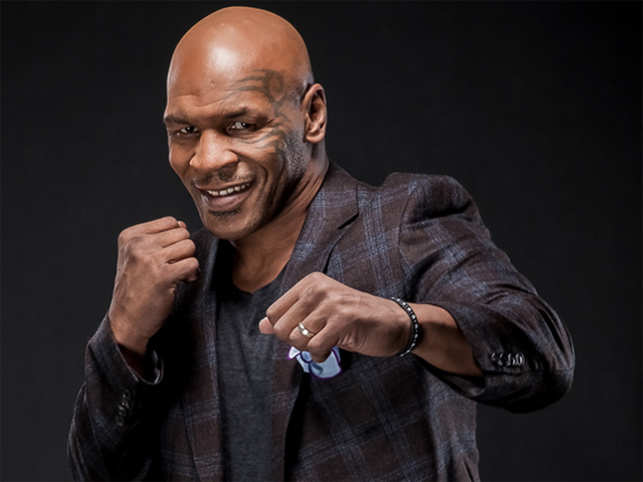 Today’s Word of the Day Challenge is boxing.   Fandango’s FOWC is caricature.

I’ve always been both fascinated and repelled by boxing athlete and celebrity, Mike Tyson. From what I learned about him, he was living a rough life before being “discovered” by a boxing coach counselor while he was in a residential treatment facility. In 1983, Tyson’s mother died when he was 16 and boxing trainer and manager, Constantine “Cus” D’Amato, became his legal guardian. Unfortunately, Cus passed away in 1985.

Somewhere along the path of his professional career, Tyson got linked up with the controversial fight promoter, Don King. King, with his puffy ‘do, knew how to get the most fight out of Tyson. He allowed Tyson to act out his glamorous fantasies at the clubs, a caricature of a gentleman, as long as he won in the ring.

Tyson was larger than life in his heyday and he was frequently in the headlines. In 1987, there was a Nintendo game, “Mike Tyson’s Punch-Out”, made based on his skills. In 1988, he beat Larry Holmes AND Michael Spinks. In 1989 headlines splashed his impending divorce with Robin Givens. In 1990 he lost to Buster Douglas, who was the underdog, which made the loss all the more spectacular. In 1991 he went on trial for allegedly raping an 18 year old woman and in 1992 he was convicted of that rape. He served very little of his sentence and went to a youth training correctional center instead of regular prison.

At this time he was only 25 years old.

A CNN article dated 10/11/16 says that Donald Trump, who supposedly has been good friends with Tyson, “since the beginning”, strongly defended Tyson with the rape charges, saying instead of him raping the victim women were frequently groping him; further that instead of serving incarceration for the conviction he should just pay the victim money. 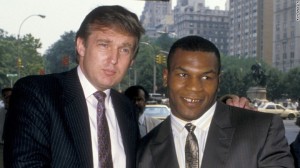 Probably what I remember Mike Tyson best for was when he bit off part of Evander Holyfield’s ear. This was in 1997.

Close to 20 years later, in 2014, Tyson became the voice of himself in the animated Adult Swim series, “Mike Tyson Mysteries”.

In 2015, Tyson announced he was supporting Trump for the presidency.

In 2016, he was interviewed for a documentary, “Nine Legends”, where he is one of the nine. The other eight legends are: Bill Goldberg, Rob Van Dam, Ted DiBiase, Amy Dumas, Bret Hart, Dynamite Kid, Randy Couture, and Chris Jericho. Seven of these are professional wrestlers and one is a UFC champion.

At one time, Tyson’s net worth was estimated to be $300 million. Currently it is estimated at $3 million.

Nowadays, Tyson is promoting his marijuana-based health products for pain relief. He says it got him off of the dangerous substances, which he has been free from for over 10 years.

wikipedia has been the source for much of this information.