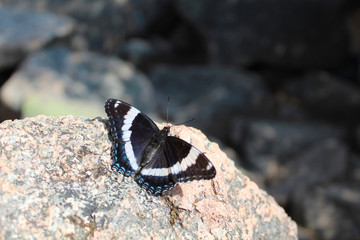 Ed lived in a small house in a quiet residential neighborhood. Now 84 years old, the past year had gotten him accustomed to a slightly different routine than the one of the previous 50 he was used to. A year ago this day, his beloved wife, Bell, had passed on from this world to the next. Up to the day she died, Bell had been healthy, active, and a constant presence in Ed’s life. Whatever it was that took her, took her quickly and painlessly. One morning Ed had awoken at around 9 a.m.; he was surprised that Bell was still sleeping as her habit was to wake up early, where by the time Ed awoke the coffee was hot, the bran muffins were warm, and the orange juice was squeezed. After hitting the bathroom and coming back into the bedroom, Ed sat on the edge of the bed to watch Bella sleep. “She must have been extra tired,” Ed muttered.

As he watched her, Ed realized his Bella was not breathing; then he noticed her skin was a pale shade. Grabbing his cell phone he called “9-1-1” and tried to speak through his hacking sobs. Because of Bella’s age, the cause of death was stamped “natural causes.”

Ed and Bell had no children, though both at one time wanted them. It was not meant to be. Ed and their long-time neighbors, Fred and Wilma Stone, made the funeral arrangements. It was an exercise in torture, as something in Ed’s mind kept expecting to see Bell each way he turned.

Ed was forced to get used to new routines, ones that didn’t include Bell. He got up and made his own coffee with toast and store-bought orange juice with fiber stirred in. He learned how to work the washing machine, dryer, and vacuum cleaner. He kept feeding the birds and spent long hours on the back patio watching them eat, imagining Bell beside him.

Over this first year he rotated through a host of feelings, denial, anger, anguish, and every other feeling a person can feel. Now, on the anniversary of Bell’s passing, he found the courage to visit her grave.

Stopping at a roadside stand selling fresh flowers, Ed bought Bell a bouquet of ferns, baby’s breath, carnations, gerbera, and chamomile, all Bell’s favorites. Ed had ordered a bench along with the headstone, and as he approached her grave, he was seeing both for the first time. Each was made from pink granite. The inscription read, “Joy to the World, Now a Joy in Heaven” and he was overcome with peace at the thought. He sat on the bench facing the stone and began a conversation with Bell as if she were there, telling her what had been happening over the past year.

As he talked, a butterfly fluttered then alighted on the bench. Opening and closing its wings, it appeared to be newly released from its chrysalis. Ed’s focus shifted from Bell to the butterfly.

“Excuse me?” Ed heard a woman’s voice behind him.

Ed turned to see her. She was about his age and was carrying a picnic basket.

“Do you mind if I have a seat on your bench?” she asked.

The butterfly must have flown off.

The woman sat down and put the basket on the bench between them.

“I’m Grace, here to visit my Charlie.” Grace pointed to a headstone a few rows back and to the right.  “I usually sit on a blanket while we talk, but my knees aren’t what they used to be.”

As she opened the basket, Ed saw a thermos of coffee, some cups, and some baked goods. “Would you care for some coffee and a brownie? My Charlie loved coffee and brownies.”

“Thank you, yes, please. My name is Ed and I’m here to visit my Bell.” Ed nodded towards Bell’s stone.

While sipping coffee and nibbling on brownies, Grace and Ed learned more about Charlie and Bell than they did about each other. They didn’t notice the butterfly sipping its first nectar from the fresh bouquet.  It was the first of many conversations between the two on the bench over the years.

Sarah is the host of Mindlovemisery’s Menageries Saturday Mix.  Sarah says:
This week we are hearing things, as we explore the use of ONOMATOPOEIA. You will need to use the THREE onomatopoeic words in your response – which can be poetry or prose.
Our three words, using onomatopoeia are: