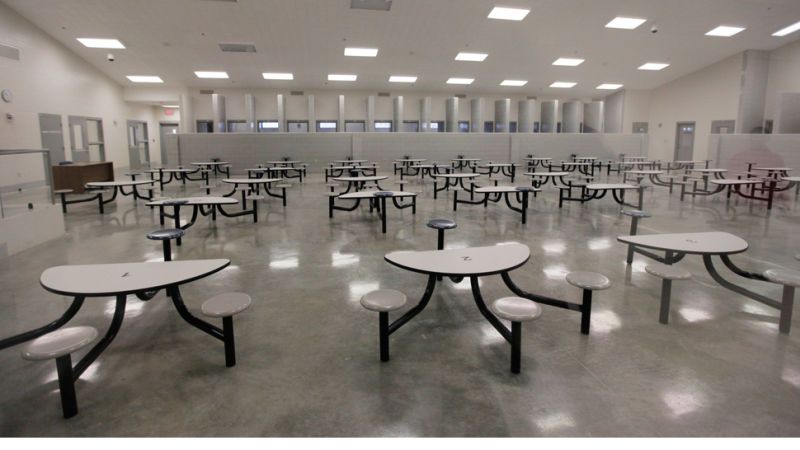 It was the twelfth of January, the day of each month that I went to visit him. There was no obligation on my part to do so and a million reasons why not. Month after month, year after year, I made the two-hour sojourn.

I put on my extra warm Mukluk boots and the extra long car coat, along with the earflap hat, before pulling on the insulated driving gloves. In my bag were the high heels I’d change into in the prison once there. I’d take the hat and coat off once the car warmed up, but the extra winter gear was necessary for the ungodly-long walk from the parking lot up to the main entrance. With windchill expected to be -20F today, frostbite wasn’t something this aged skin was ready, willing, or able to take.

I checked the cats’ food and water dishes, found each one curled up and petted them and explained I’d be gone for awhile, then stepped out into the howling wind. Turning the key in the car’s ignition, there was a pause, several hiccups, and a plaintive wail before the engine turned over. Time to consider a new battery, but no time today.

There was a blizzard going; the roads were slick and visibility was limited. Today’s trip would take closer to 3 hours. Good thing I left early. Pandora radio had a “Tropical Vacation in Winter” channel going which kept me awake on the drive. The ditches were punctuated with vehicle spin-offs – the perennial drivers who don’t understand the concept of black ice or the fact that salt doesn’t help and maybe creates a dangerous slush on the road at a certain temperature.

Finally, the tires creaked as they slowed and stopped in the parking space. Pulling the hat on after wrapping my face with the Merino wool scarf I always kept in the car, I braced myself for the arctic trek. I felt like an adventurer as I crunched along. The imposing reception center loomed large.

It was difficult to cram my huge coat into the tiny locker visitors were expected to put their possessions in. I had to leave the boots to the side and hope nobody lifted them on their way out. I was wearing a nice outfit under the coat that matched the heels. There was no reason I shouldn’t be eye candy for him. It was a small pleasure I afforded him to ease the hell he chose to make for himself.

I waited a good hour to go in. I was wanded and my shoes went through the metal machine and were inspected before I was allowed through. My heels made clip-clopped echoes down the dingy, sterile corridor leading to the visiting room.

Stepping into the community visiting room, the door clicked shut behind me. Like a beacon in the darkness, my eyes were drawn to his freshly-shaven face. His green, reptilian eyes lit up in appreciation. I hated him and had stopped trying to figure out why he did what he did, but he was the love of my life and I would never abandon him.

Sarah is the host of Mindlovemisery Menagerie’s Saturday Mix.  Sarah says:
This week we are hearing things, as we explore the use of ONOMATOPOEIA. You will need to use the THREE onomatopoeic words in your response – which can be poetry or prose.  Our three words, using onomatopoeia are: