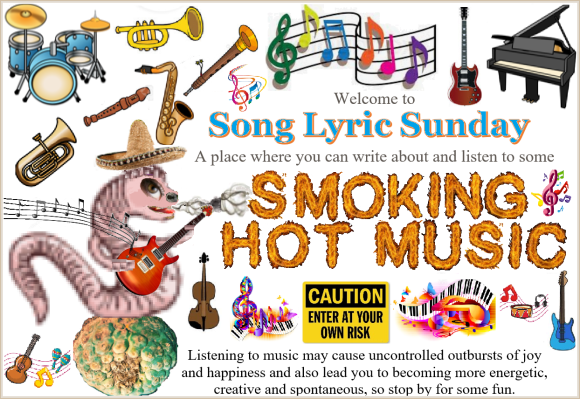 Jim Adams is the ever-responsible host of Song Lyric Sunday.  Jim was called away for a few days but still made sure to post the prompt for Sunday.  Jim says:
This week we have Duet, so you should look for songs that are sung as duets.
Here are the “rules”:
• Post the lyrics to the song of your choice, whether it fits the theme or not. If it does not fit, then please explain why you chose this song.
• Please try to include the songwriter(s) – it’s a good idea to give credit where credit is due.
• Make sure you also credit the singer/band and if you desire you can provide a link to where you found the lyrics.
• Link to the YouTube video, or pull it into your post so others can listen to the song.
• Ping back to this post or place your link in the comments section below.
• Read at least one other person’s blog, so we can all share new and fantastic music and create amazing new blogging friends in the process.
• Feel free to suggest future prompts.
• Have fun and enjoy the music. 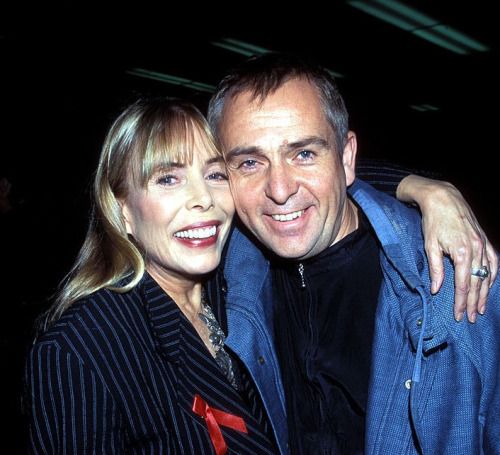 My song for today is one that I’ve loved from the very first time I heard it and my feelings for it haven’t diminished a bit over the years. Everyone longs for a person they can take to their secret place and it can be meant in a figurative or literal sense.

Chalk Mark in a Rain Storm is the 13th studio album by Canadian singer and songwriter Joni Mitchell, released in 1988.

In early 1986, Mitchell and Larry Klein visited Peter Gabriel’s Ashcombe House recording studio in Bath, England. Since Gabriel had mostly finished his album So by that time, he offered Mitchell and Klein the use of his studio if they wanted to record. They did, and the result was the track “My Secret Place” which was a duet between Mitchell and Gabriel. Mitchell told Musician magazine about this song: “It’s a love beginning song. The song’s about the threshold of intimacy. It’s a shared thing so I wanted it to be like the Song of Solomon, where you can’t tell what gender it is. It’s the uniting spirit of two people at the beginning of a relationship“.

The first official single from the album was “My Secret Place”. Released in March 1988, it “bubbled under” for a few weeks on the Billboard Hot 100 charts. The video, shot on grainy, atmospheric black & white film featuring Mitchell and Peter Gabriel, got some airplay on VH-1, where it premiered in May 1988.

J.D. Considine of Rolling Stone Magazine (April 21, 1988) said, regarding, “Chalk Mark in a Rain Storm,” It isn’t simply that her wordplay is unusually clean and concise; she’s finally found a credible means with which to merge literary devices with musical ones. “My Secret Place,” for instance, uses its duet format and the similarities between her voice and Peter Gabriel’s to illustrate the shifting confidences of shared intimacy, swapping lines or pulling back into separate verses as the balance within the relationship wobbles and shifts.

I was born and raised
In New York City
I’m just getting used to Colorado
Oh street bravado
Carry me
Why did you bring me to
A place so wild and pretty?
Are there pigeons in this park
Muggers after dark
In these golden trees
In the secret place?

Once I saw a film
In New York City
That was shot in Colorado
Girl meets desperado
In the trembling mountain trees
Out of all of the girls that you see
In bleachers and cafe windows
Sitting flirting with someone
Looking to have some fun
Why did you pick me?
For the secret place
Songwriter: Joni Mitchell
© 1988; Crazy Crow Music