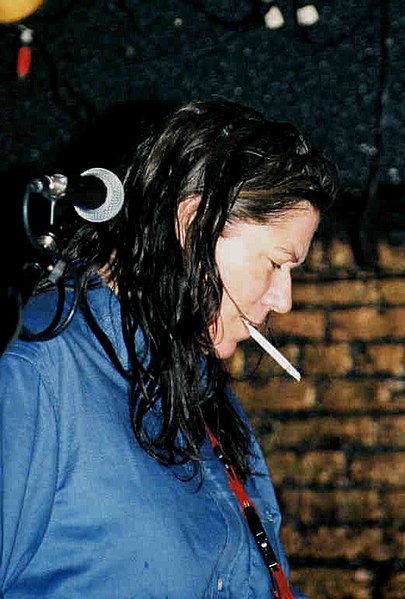 Kimberley Ann Deal (born June 10, 1961) is an American singer-songwriter. She was bassist and co-vocalist in the alternative rock band Pixies, before forming the Breeders in 1989. Deal joined Pixies in January 1986, adopting the stage name Mrs. John Murphy for the albums Come on Pilgrim and Surfer Rosa. Following Doolittle and the Pixies’ hiatus, she formed the Breeders with Tanya Donelly, Josephine Wiggs, and Britt Walford. Following the band’s debut album Pod, her twin sister Kelley Deal joined, replacing Tanya Donelly.

Pixies broke up in early 1993, and Deal returned her focus to the Breeders, who released the platinum-selling album Last Splash in 1993, with the hit single “Cannonball”. In 1994, the Breeders went into hiatus after Deal’s sister Kelley entered drug rehabilitation. During the band’s hiatus, Deal adopted the stage name Tammy Ampersand and formed the short-lived rock band the Amps, recording a single album, Pacer, in 1995.

After her own stint in drug rehabilitation, Deal eventually reformed the Breeders with a new line-up for two more albums, Title TK in 2002 and Mountain Battles in 2008. During that time, she would also return to Pixies when the band reunited in 2004. In 2013, Deal announced she was leaving Pixies to concentrate on making new material with the Breeders, after the band’s most famous line-up (Wiggs and Jim Macpherson had rejoined the band for the first time since 1995) had reunited for a new series of tours celebrating the 20th anniversary of the band’s hit album Last Splash.

In 2018, the Breeders released their fifth album All Nerve, the first album to reunite the Deals, Wiggs, and Macpherson since the release of 1993’s Last Splash.

One thing to share: she’s a twin! Instead of any other interesting fact beside Kim is a serious musician, I’m including one youtube from each of her groups, including her solo work. As I know virtually nothing about any of these groups other than the names of them, if you know of better songs by the groups, please feel free to post them in the comments section.