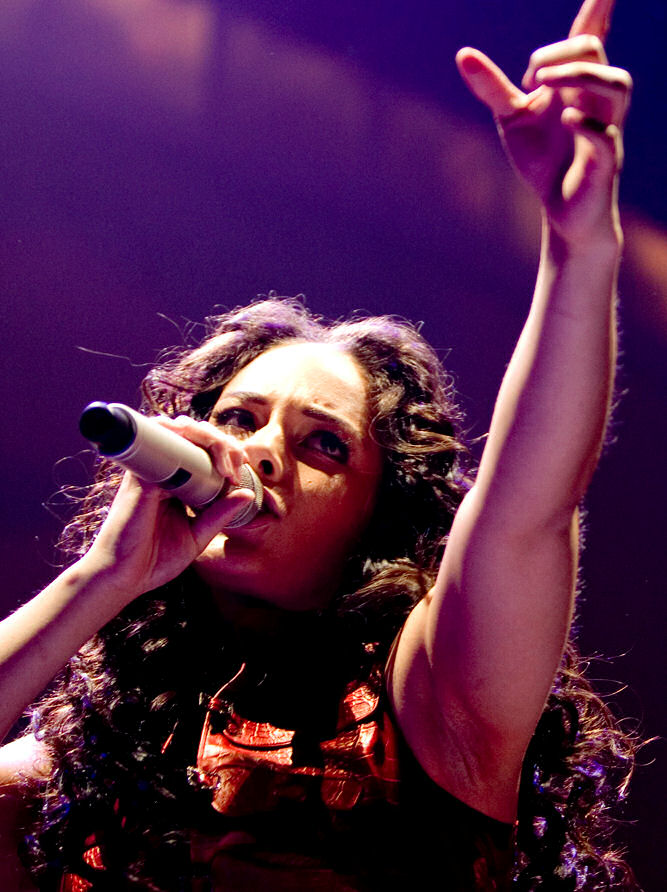 Alicia Augello Cook (born January 25, 1981), known professionally as Alicia Keys, is an American singer-songwriter. A classically-trained pianist, Keys began composing songs by age 12 and was signed at 15 years old by Columbia Records. After disputes with the label, she signed with Arista Records and later released her debut album, Songs in A Minor, with J Records in 2001. The album was critically and commercially successful, producing her first Billboard Hot 100 number-one single “Fallin'” and selling over 12 million copies worldwide. The album earned Keys five Grammy Awards in 2002.

Her second album, The Diary of Alicia Keys (2003), was also a critical and commercial success, spawning successful singles “You Don’t Know My Name“, “If I Ain’t Got You”, and “Diary”, and selling eight million copies worldwide. The album garnered her an additional four Grammy Awards. Her duet “My Boo” with Usher became her second number-one single in 2004. Keys released her first live album, Unplugged (2005), and became the first woman to have an MTV Unplugged album debut at number one. Her third album, As I Am (2007), produced the Hot 100 number-one single “No One”, selling 7 million copies worldwide and earning an additional three Grammy Awards. In 2007, Keys made her film debut in the action-thriller film Smokin’ Aces. She, along with Jack White, recorded “Another Way to Die” (the title song to the 22nd official James Bond film, Quantum of Solace). Her fourth album, The Element of Freedom (2009), became her first chart-topping album in the UK, and sold 4 million copies worldwide. In 2009, Keys also collaborated with Jay Z on “Empire State of Mind”, which became her fourth number-one single and won the Grammy Award for Best Rap/Sung Collaboration. Girl on Fire (2012) was her fifth Billboard 200 topping album, spawning the successful title track, and won the Grammy Award for Best R&B Album. In 2013, VH1 Storytellers was released as her second live album. Her sixth studio album, Here (2016), became her seventh US R&B/Hip-Hop chart-topping album. Her seventh studio album, Alicia, was released on September 18, 2020.

Keys has received numerous accolades in her career, including 15 competitive Grammy Awards, 17 NAACP Image Awards, 12 ASCAP Awards, and an award from the Songwriters Hall of Fame and National Music Publishers Association. She has sold over 35 million albums and 40 million singles worldwide and was named by Billboard the top R&B artist of the 2000s decade. She placed tenth on their list of Top 50 R&B/Hip-Hop Artists of the Past 25 Years. VH1 included her on their 100 Greatest Artists of All Time and 100 Greatest Women in Music lists, while Time has named her in their 100 list of most influential people in 2005 and 2017.

One thing to share:
Keys co-founded and serves as the Global Ambassador of the nonprofit HIV/AIDS-fighting organization Keep a Child Alive. Keys is the co-founder and Global Ambassador of Keep a Child Alive, a non-profit organization that provides medicine, orphan care, and social support to families with HIV and AIDS in Africa and India. Keys was born during a time when the AIDS epidemic was gaining a lot of attention in the United States. She was first affected by the HIV/AIDs crisis at 8 years old when her mother’s friend died from the disease. She discovered first-hand the extensive impact of the AIDS epidemic years later on a visit to South Africa, a trip that was the impetus to cofounding Keep a Child Alive. Keys had befriended AIDS activist Leigh Blake, who had reached out to her and helped raise her awareness to the global impact of HIV/AIDS. Keys and Leigh visited South African clinics with HIV-infected mothers and children, where Keys encountered the lack of resources and education on the disease present in the communities. Keys visited other African countries such as Uganda and Kenya to promote care for children affected by AIDS. Her work in Africa was recorded in the documentary Alicia in Africa: Journey to the Motherland which was released in April 2008.

Keys hosts and is the musical director of Keep A Child Alive’s annual fundraising gala called the Black Ball. Every year, artists and other celebrities come together to support and perform to raise funds for the cause. The Black Ball has featured performances from an array of artists including David Bowie, Bono, Pattie Smith, Annie Lennox, Mary J. Blige, Jay-Z, John Mayer, Beyonce, Adele, Justin Timberlake, Carole King, and Roy Ayers. Activists and philanthropists have also been honored at the Black Ball, including Oprah, former President Bill Clinton, Clive Davis, Youssou N’Dour, Sir Richard Branson, and Bono. According to Keys, the Black Ball held in 2014 raised around 2.4 million dollars. Keys and U2 lead singer Bono recorded a cover version of Peter Gabriel and Kate Bush’s “Don’t Give Up” to raise funds for Keep a Child Alive. Their version of the song was retitled “Don’t Give Up (Africa)” to reflect the nature of the charity it was benefiting.