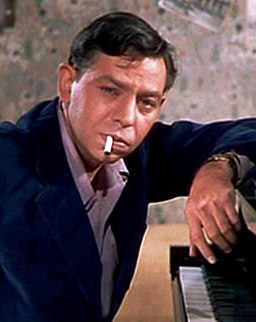 There’s a fine line between genius and insanity.
I have erased this line.
– Oscar Levant

Oscar Levant (b. 12/27/06 – d. 8/14/72) was an American concert pianist, composer, conductor, author, radio game show panelist, television talk show host, comedian and actor. He was awarded a star on the Hollywood Walk of Fame for recordings featuring his piano performances. He was equally famous for his mordant character and witticisms, on the radio and later in movies and television, as for his music. – wikipedia