The consummate game designer sipped his tea while reminiscing over bug fixes he’d done on this one over the years. The “forty days forty nights” reboot appeared to restore balance to it. “Series of hurricanes” kept the players busy for awhile, but soon they were right back to the flawed parts that threw things out of whack. “Massive wildfires” surely would get them thinking about the best areas to explore for fun after things burned, but no, they had trapped themselves on a mission in the death spiral zone.

Maybe seeing death up close and personal would help? Version C-19 would do it, he was sure.

Nope. Riots, demonstrations, lack of quality leadership, and little regard for the lifesavers convinced the designer the game was fatally flawed.

His fingers hovered over the keys. Tears flowed as he prepared to hit the delete button. 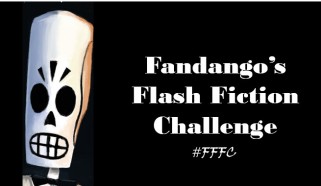 Fandango is the host of  Fandango’s Flash Fiction Challenge.